Last week, I spoke at the New Zealand Early Childhood Council National Conference in Auckland.  In response to the conference theme of "Innovation & Courage in Early Childhood Education," my presentation was entitled "Born Risk Takers." Here's a bit of what I spoke about... 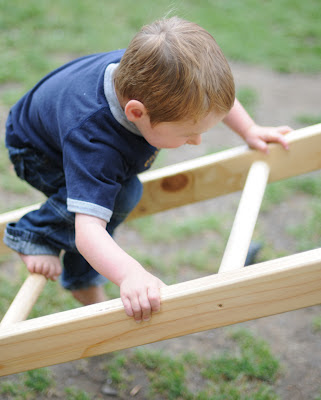 KIDS ARE BORN RISK TAKERS
We've touched on this before, but I believe it bears repeating. Kids are born risk takers, not because they don't know any better, but because they have to be. Some measure of physical, cognitive, emotional, and/or social risk is involved in learning anything new. And for little ones, pretty much everything is new.
So, if risk is necessary for learning, by default, so is courage. Yet in today's risk-averse culture, we're often not giving little ones the opportunity to practice courage in favor of keeping them "safe."  In my experience, there are many ways to accomplish these two, seemingly opposite objectives. Here's a great example... 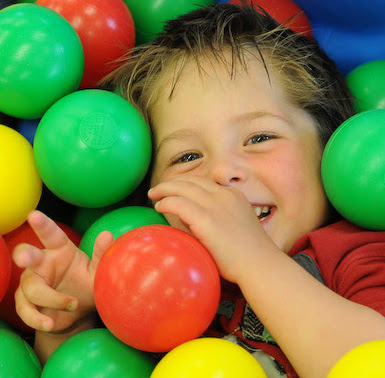 ROUGH 'N TUMBLE PLAY
Some time ago I was working with a group of teachers who were struggling with the issue of overly aggressive roughhousing on the playground. But unlike others who have asked me how to stop it, this preschool asked a different question: "How can we make it safe for the kids to roughhouse?
Wow. Great question.
You see, rough 'n tumble or roughhousing is a great life lesson for all young boys and girls. It teaches children how to CONTROL their own aggression (not become more aggressive as many adults think), RESPECT others, and stay within the often unspoken boundaries of SOCIAL PROPRIETY. (If you're interested in the topic, I'd highly recommend The Art of Roughhousing by Dr. Anthony T. DeBenedet and Dr. Lawrence J. Cohen.
But the issue remains. How do you make rough 'n tumble play safe (or at least, safer)? Note: nothing can 100% guarantee safety for each child in every situation. As I often say, all safety is "local." Only you know a child's temperament, maturity level, experience, and capabilities, so safety is ultimately your call. But there are some strategies that may help. Here's what we did.... 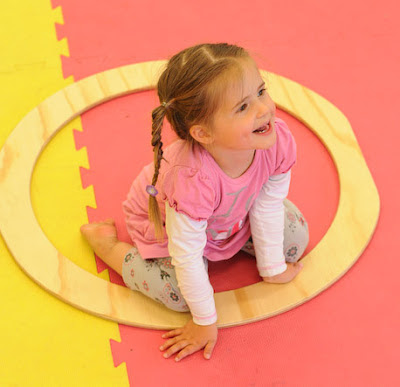 THE ROUGH 'N TUMBLE MAT
First, the preschool invested in a new mat which we called the "Rough 'n Tumble Mat" to isolate the play.
The teachers introduced the idea to the children and started a dialogue with them about the benefits of having a dedicated place for rough 'n tumble. But this was more than just a safer place to play. It was a teachable moment. After all, keeping children safe and teaching children to think about safety are two very different things. So we decided the little ones might benefit from taking a Safety Safari.
SAFETY SAFARI
The teachers took the children on a field trip all around the preschool, stopping at different locations and encouraging them to decide whether or not it would be a safe place for their new Rough 'n Tumble Mat. For instance, "Would the Rough 'n Tumble Mat be safe if we put it by the stairs? Or by the tables? Or near the swings? What would happen if we put it here?"
At each stop, the children were given the chance to envision what might happen, anticipating and discussing the consequences of each potential location. In fact, this "think safety" strategy worked so well, the children wound up doing almost all of the surmising themselves and ultimately team problem-solving each location until they agreed the Rough 'n Tumble Mat belonged in an empty corner away from anything sharp.
Together, they all put the Rough 'n Tumble Mat in its new home. And then they took it a step further. All on their own, the little ones created their own rules of engagement. For instance, they decided that only two children should be allowed on the mat at a time. They talked about respecting each others' choices to play or not to play, and created a "trigger word" to signal when someone wanted to stop. The teachers encouraged them to talk about reasons why someone wouldn't want to play or might want to stop and soon enough, the children were able to empathize with what those feelings might be like.
Over time and with some practice, the Rough 'n Tumble Mat became a favorite place to play with fewer and fewer negative incidents. The play was still big and boisterous, yet somehow in setting their own boundaries for risk, and understanding a tiny bit more about the courage it takes to engage in rough 'n tumble play, the children's respect for each other seemed to solved many of the safety issues.
And one more thing.
Getting children to think about safety will not only help them understand what to look out for, they may well think safety is THEIR idea. And like the rest of us, when it’s our idea, it’s bound to be a good one!
A SPECIAL NOTE OF THANKS to the organizers and participants of this year's ECC Conference. As always, you inspire me with your dedication to helping all children learn, grow, and thrive. See you next year!

TAKE A SAFETY SAFARI AT HOME
Kids learn best by doing, so invite your child into the safety assessment process by empowering him to think about it and talk about it in his own way.
Take a tour of your home together, and ask your child what he thinks is safe and unsafe for him to do in the various rooms of your home. Gently guide him to tell you what he sees as safe and unsafe, praising him for being able to anticipate safe areas for play and areas where certain types of play might not be a good idea.
Here are a few suggestions to get you started on your Safety Safari...
START WITH SPECIFICS. I wonder if playing chasing games would be a good idea in the kitchen? What do you think would happen if you ran on the floor when it was wet? Where would be a better place to play chasing games?
DRAW FROM YOUR CHILD'S OWN EXPERIENCE. Remember the time mommy dropped the cup and it broke into a lot of sharp pieces? The cup as made of glass. What else is made of glass? What would happen if someone bumped into that vase or ran into the window?
LET YOUR CHILD TAKE THE LEAD. You’re really good at doing somersaults. I wonder what might be a good place to do them? Where else could you do somersaults safely? Can you show me? Why would this be a safe place for somersaults? Why wouldn't this be a safe place for somersaults?
I'd love to hear about your Safety Safari! Be sure to drop us a line here or on Facebook to let us know what you discovered.
Enjoy!
Posted by Gill Connell Cheryl McCarthy at 9:00 AM